Posted by: Thexalon 2 years, 10 months ago

This song was written for the upcoming Stone Creed Grove Dionysia (spring equinox) celebration, as a specific honoring of Dionysos' role in creating the theatrical tradition as we know it today. 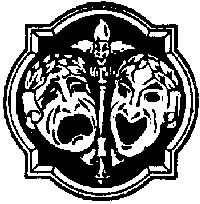 Symbols like these classic tragic and comic masks date from the ancient Greek theater and are still associated with theatrical productions to this day. This song also is a tribute to the many centuries-long traditions among those who have made their living entertaining others through acting - there is remarkable continuity between ancient Greek actors, ancient Roman actors, medieval actors, all the way through Shakespeare and the modern stage.

The rather unusual-to-Americans rhythm is the modern Greek kalamantiano, a form that is quite popular at weddings and other Greek cultural events, mixed with the more syllabic melodic style used in the bits of ancient Greek music we've been able to recover. The scale is what is known in modern times as the Phrygian mode, with a very characteristic half-step between the tonic and the next-higher tone.

All works are copyright by yours truly, but may be distributed under Creative Commons Attribution Non-Commercial Share-Alike 4.0. That means, in short, you can use them yourself and your grove, and play the song to your heart's content both in private and in public, but must give credit where credit is due, and if you're planning on selling something involving this song we need to talk about that first.

The Play's The Thing

The Play's The Thing