Posted by: Thexalon 2 years, 4 months ago

A new season, a new song, this one for Stone Creed Grove's Eleusinia rite organized by yours truly. This song was written in honor of the deity most focused on in that ritual, Persephone, who takes her journey from our world to take up her winter role as queen of the Underworld.

This piece was done in strong imitation of one of the fragments of genuine ancient Greek music we have, the First Delphic Hymn, written in 138 BCE: It uses the same tonal structure, albeit probably in a different key than most ancient tunings would use. The rhythms are also very typical of what we hear from those fragments. The obvious major difference is, of course, that I am speaking English for most of this piece rather than Greek. 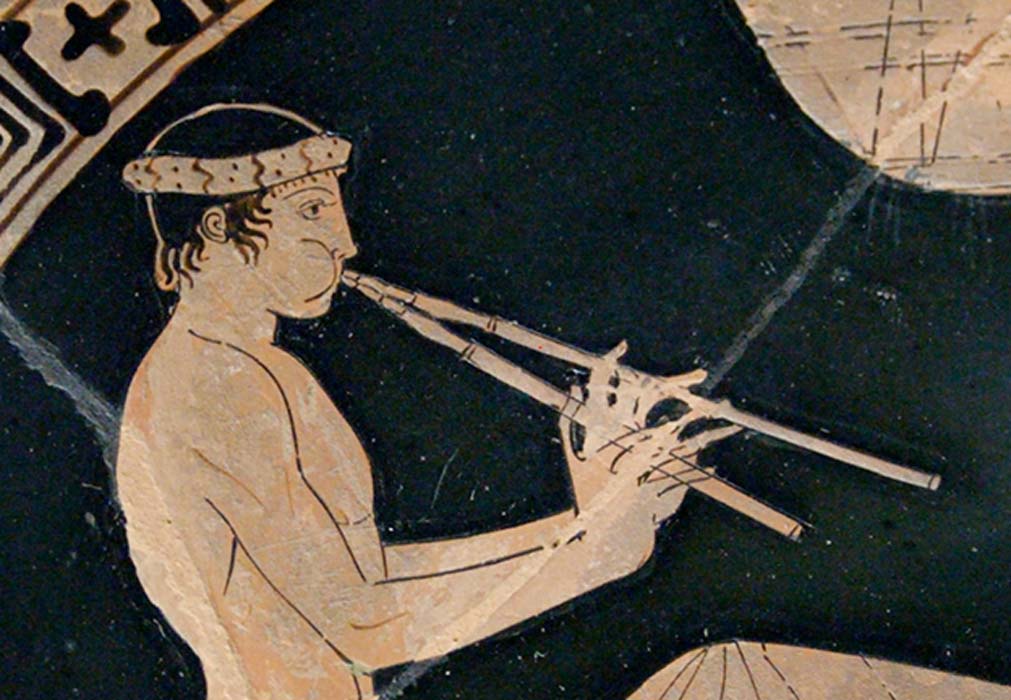 The instrumental interludes were played on my accordion, but intended to be a halfway-decent imitation of the aulos, the double double-reed instrument. We have modern reconstructions of the aulos which can give a very good approximation of what the real instrument would sound like: Unfortunately, I both lack those instruments and the skill to play them properly, so we're stuck with what I know I can use.

All works are copyright by yours truly, but may be distributed under Creative Commons Attribution Non-Commercial Share-Alike 4.0. That means, in short, you can use them yourself and your grove, and play the song to your heart's content both in private and in public, but must give credit where credit is due, and if you're planning on selling something involving this song we need to talk about that first.

Journey Down to Darkness

Journey Down to Darkness